← New Age thinking!
The parable of the ship, the Captain and the Owner →

Wholistic Synergies in the Wholistic Peace and Prosperity Network (WPPN)

In WPPN we start our initial synergy which is synergising the self. A synergy is a working unity of energies, that can be either internal or external in nature. Most of the world’s people are internally disunited which the Christ says is divisive – “A house (person) divided (not internally synergised) will always lose”. If that is the problem, what is the solution? Why, to simply take it out of the double negatives (divided/lose) and put it into a single positive, so, “A house (person) united (internally synergised) will always WIN”. WPPN is set up to initially help us become internally synergised (if we aren’t already). We show this internal lack of unity with a single link of chain divided… 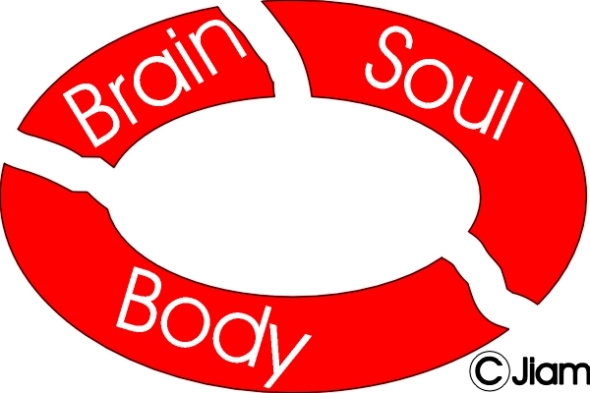 Now the balance may be different for each person as to the proportions of the three elements, but most people in the west have a larger body portion than brain and soul

portions. But it really doesn’t matter about the proportions, what matters is that they are synergised (welded) together, into a whole link… 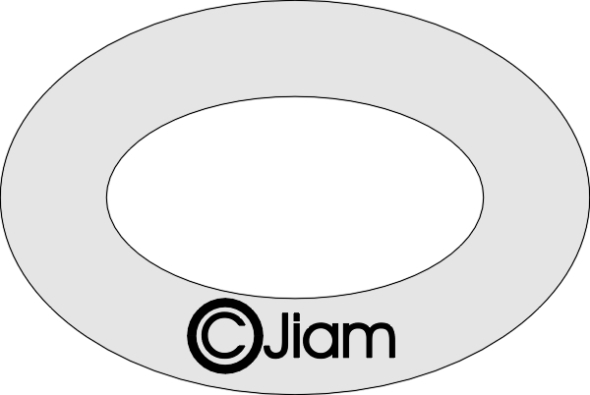 This process of internal linking is called an internal synergy. This is done naturally and safely within the network. The reason internal synergy is important, besides allowingthe person to start winning, is that only whole links (not broken ones) can join with other links to make a chain.

The second form of synergy is the external synergy which consists of putting whole links together to form a chain. Again this is naturally and easily formed with the Wholistic Peace and Prosperity Network….

This form of synergy is covered in the Bible by the saying “Wherever two or more of you are gathered (united/synergised) in My name (Christ) as you speak out of your mouths, so it shall Be (work can be achieved)” Today this type of synergy is called an external synergy.

What is stronger than a straight chain? A wholistic chain – that is to say a loop chain. Only a linked chain can make a loop chain, a synergised chain! 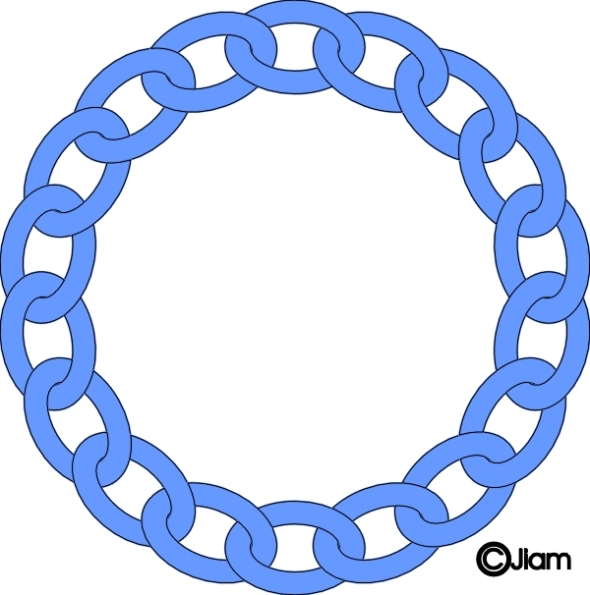 Can you see any weaknesses in this chain? No, neither can I, and this is the third stage of sysnergised energy the network. In motivation books this type of synergy is called “the Mastermind”, but I prefer to call it a spiritual synergy, as that is a more adequate description of it’s wholistic energy. 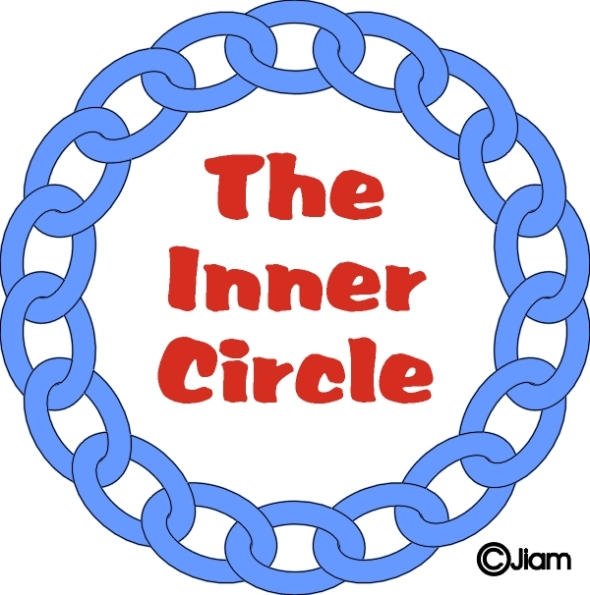 The inner circle is the centre around which the other members circle. Inner circle members become sponsors to new members in their downstream. They also become receivers of gifts from new and old members (including other members of the inner circle) because they are further ahead in the wealth creation process and therefor empower your internal giftings to a higher degree than external gifting to Non-WPPN members and charities. This is, of course, an advantage to all members, which is why it is set up This way!

Members of the innner circle have different degrees of mastery. The highest degree of mastery is Spiritual Mastery and we represent this by a spiral line that moves in towards the centre of the circle. 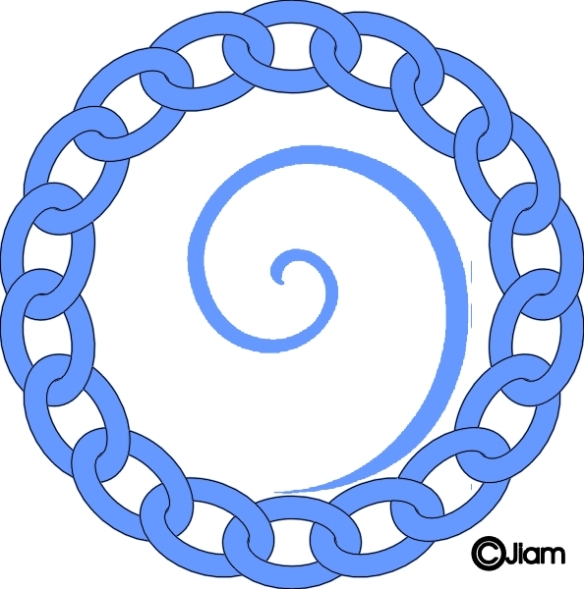 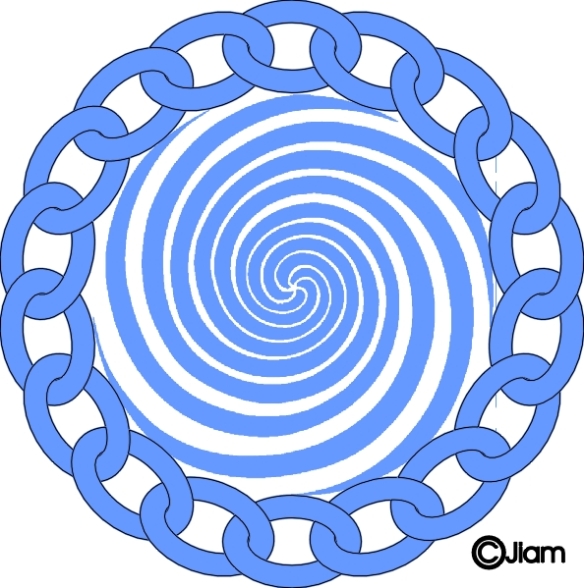 Of course, at the centre is the source of knowledge, otherwise known as Divine Essence. Universal Wisdom or God. It doesn’t matter what you call Him, it is all the same thing. From this unknowable source comes the knowable source and this is what the inner circle is tapped into. So this huge amount of energy is passed downline to the new, inexperienced, members that they may grow more quickly.

The inner circle is the foundation stone of the Wholistic Peace and Prosperity Network (Synergy) and members move from being internally divided to being whole withithin themselves. Then they link in with other whole members to grow and develop by Doing and then fullfilling their Beingness. At a certain stage they are ready to move into the inner circle. From there they become one of the centres of the Network and start moving up to their maximum height. The diagram looks like this… 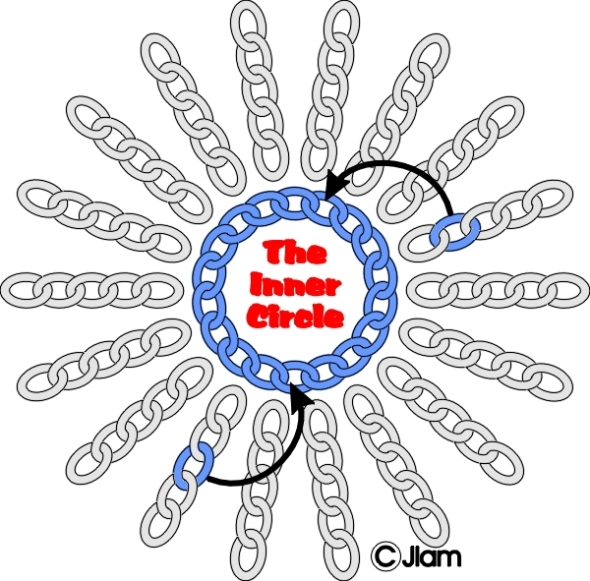 This initially all sounds very complicated but that is because most people haven’t heard anything about the subject. But is is amazingly simple to pick up and after a while it rolls of your tongue as if you had been born with the knowledge! The Network takes care of everything you don’t know and puts it into a system that works for you and educates you about these mysteries at the same time!

The moment you join you are actually carrying out the basic actions you need to implement to become Wealthy (a spiritual state – notice the capital W.) So you start by Doing and then learning what you are doing, so it becomes a part of your Beingness (and Beingness is an essential element of Wealth.) If you have to learn your beingness by yourself it can take many, many years and then you have to start doing! WPPN saves you Time – the one thing no-one on earth can get more of! You can get more money, more goods, more fame and lots of other things, but to date no-one has even got back a single second of time for themselves!

Also to be wealthy means having everything you want but still Being Happy! If you have everything you want but aren’t happy, you are simply rich (a dis-empowered state of havingness). This is why it is called the Wholistic Peace and Prosperity Network (synergy) because the answer to everything in life today relies on wholism. We can’t be partially peaceful anymore, nor can we be partially prosperous/Wealthy. To die rich and unhappy is a terrible shame. Imagine dying and having only two people at your funeral – the priest and the undertaker! That is the result of lives partially lived. But imagine heaps of people there because they Love you (as you Loved them!), now that is Bliss!

If you are internally motivated take a hard look at the wholistic Peace and Prosperity Network (WPPN) because it’s time is now, and the first ones in will be ahead of the rest of mankind, who delay waiting for others approval! SEE THE WPPN WEBSITE: http://jiamwppn.wix.com/jiamwppn 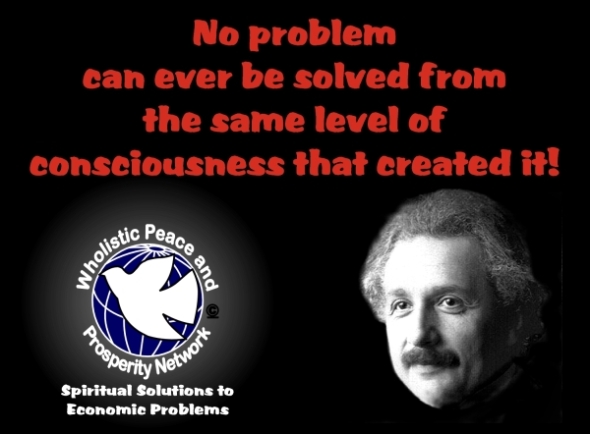 Posted on September 3, 2013, in Uncategorized and tagged empowerment, synergies, wppn. Bookmark the permalink. Leave a comment.

← New Age thinking!
The parable of the ship, the Captain and the Owner →