← “Hello, my name is Sid”
Another card, this one on cooperation. →

A card by Reverend J’iam 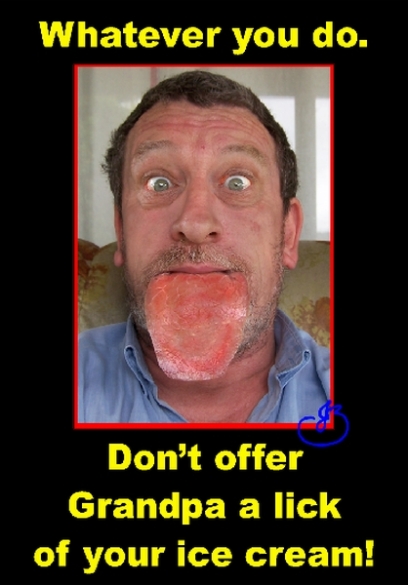 I was looking in the fridge one day for something to eat and spotted a piece of silverside, and in my minds eye I saw that it looked like a tongue, so I got my camera out and took a picture of myself with it stuck out my mouth. The rest of the card was easy once I saw the [picture! Lol!

Posted on November 8, 2013, in Uncategorized and tagged by j'iam, Card, Greeting, wppn. Bookmark the permalink. Leave a comment.

← “Hello, my name is Sid”
Another card, this one on cooperation. →