From Rocks to an Angel – the WPPN Procedure in pictures

The WPPN (the Wholistic Peace and Prosperity Network)procedure is multi-layered. I am going to start from the absolute basics because you will either recognise it, because you have already achieved this level, or you will need to recognise it because you need to do it!

The first stage is where we are internally disunited, which means our bodies, brain and soul are not united. A house divided as such can never win. A house internally united will always win!

Here the three elements are shown disunited, laying in the sand. They are represented as rocks/statue parts because they can never win and are therefore inert (or spiritually dead.)

The first thing we have to do is align the pieces into the correct order. This is done by the three gifting programs within the Network. The first three months will start your alignment

Once you become a full member (after 3 months) you will glue the pieces together (you may have already reached this stage.)

Then you will be “welded together” to complete your internal unity.

The next stage is to hoist the statue upright…

On achieving spiritual “uprightness” your stone will transform to spiritual flesh 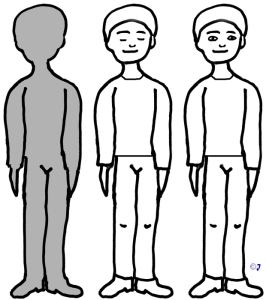 At this point we start to develop spiritual colour 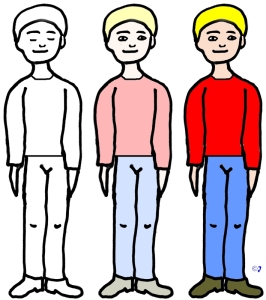 At this very point you move spiritually from Water to Fire, from the Knowledge of God to the Actions of God!

Once we show we have the actions of God as our Major Dominant Purpose in life we are promoted up to the level of an Angel on earth.

For this we are given Wings to fly with… 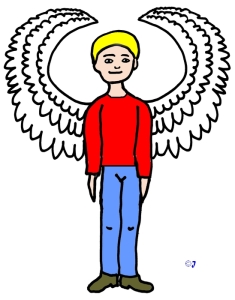 These wings represents the station of “Poor.” It is in the state of Poor where we start flapping our wings and learning the aspects of flight. No one knows exactly when is the first time they will fly freely. But it is inevitable if we continue in the state of “Poor.”

And one day we simply take off and fly! That is our entrance into the state of “Abundance!” 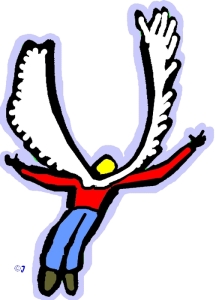 And what we do with our abundance determines our true Wealth!

Now, you may be at any of the stations I’ve described and just need a helping hand up to the next stage. The higher up you get in the stations the more obvious it becomes that this is a plan from God and that we all need to do it because it is God’s Bidding – “All are His servants and all abide by His Bidding!”

Jesus had no need to be baptised by John the Baptist, but went through with it anyway simply because it was God’s bidding upon mankind! Even if we don’t want to do it we need to do it because we are beacons of light to the lost. If any of the beacons are missing it is easy for seekers to lose their way or to fall into holes!

I don’t drink alcohol, although I used to before I was reborn (I was a whiskey “connoisseur”!) But it is a 1,300 year old command of God, and my will is submissive to the will of God, therefore I don’t drink alcohol! Only by being “Whole” can we achieve the stations of “Poor” and “Abundance.” This is why it is called the “Wholistic” Peace and Prosperity Network. Because it has the whole picture within it.

If you have read this far and there is a fire burning within you, that is your soul telling you that this is the truth. Contact me and see the bigger picture, judge it for yourself and join to start the New Age process in your life and the life of your family, that you may Be uplifted Now!

Join now whilst it’s still small and be way ahead of others at the due date of 2035 – when it will come into world-wide reality! 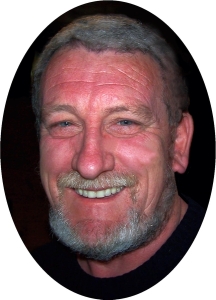