And this is entirely true. If we look at this in the terms of problems and solutions then we can replace it to read,”It’s not the size of the man in the problem, it’s the size of the solution in the Man!”

And there is always one man who comes forward with a solution to a problem that no-one else has recognised yet. Usally this man is totally ignored at first – because no one can see the problem. But over time more and more people start to see the same problem that the original man sees and  a groundswell of people start to seek a solution. Then they find the man with the solution! And gradually they start to adopt the solution offered and over time the numbers increase until they reach the “explosive Level” of the 100th monkey when they move up from 4% of the people to 60% of the people in a big bang! The reason for this is because the solution becomes a part of the “Monkey” consciousness (and the Human consciousness acts the same way!)

And then, with hindsight, the man is called a genius! Lol! But genius is the ability to SEE THE OBVIOUS! And there always has to be a first one to see the obvious! The little boy who said “The emperor has no clothes on” was one such genius!

When Roger Bannister broke the 4 minute mile barrier, he was a trained doctor who couldn’t see any logical reason for not being able to run that time. He trained by breaking the mile down into parts and times and practiced running thos time himself.Then he broke the barrier (of dis-belief) that was stopping everyone and within 6 weeks 6 people had broken the same barrier!

You see, it is often our belief systems that stop us achieving things. Man takes advantage of these negative belief systems in animals to tether elephants to tiny pegs in the ground. The elephant can easily pull that peg out of the ground, but the elephant “knows’ that it can’t because it struggled to pull it out of the ground as a baby elephant and just couldn’t, because as a baby elephant it was just too small. So it gave up trying to pull the peg out of the ground. And then it grew up with the same thought in it’s head and never loses that thought, so can it always be held by the same tiny peg! Luckily elephant geniuses don’t exist or we’d be in trouble!

What are man’s “elephant pegs” in life? Well, belief in capitalism is one of the greatest pegs that hinders mankind’s progress today. Because we believe that there is no alternative to capitalism, we keep on treading the same old treadmill, doing the same things over and over in the hope of different results! And what does capitalism produce? BOOM and BUST, BOOM and BUST, BOOM And BUST!

Capitalism does not produce a stable economy.

This is shown through the Kondratieff long wave cycle discovered in the 1920s . This cycle can be traced back as far as Babylon. To date no one has come up with a replacement system – hold on, I lie! WPPN, the Wholistic Peace and Prosperity Network is a replacement system for capitalism.

You see capitalism main fault is that it works on emotions. And the emotions are then backed by false emotions to empower it. Working on emotions is false logic. Emotions have a power energy base of ONE – virtually next to zero energy.

In the spiritual we must work on Higher Laws back by commitment and logic that is called “Enthusiasm” (enthusiasm literally means the God within). It is on this level that WPPN works by creating a virtuous cycle for its individual members to make them individually peaceful and prosperous (run a sub 4 minute mile!)

WPPN works on an individual level because each person is a cell in the body of the world. If the cells are not healthy how can the body ever be healthy? It can’t. There is a saying, “Think global, but act local!” That means think of the end result (world peace and prosperity) but work on yourself to heal yourself by becoming peaceful and prosperous in yourself – you can’t get anymore local than by beginning with yourself. If you become peaceful and prosperou,s you make you family the same way! So your spouse and children will grow with you and make at least three cells healthy(if you have only one child)!

And once we have a healthy family, we attract  others to us who want what we’ve got and so we begin influencing others to act the same way we have to get the same results (WPPN is infinitely duplicatable – capitalism is not, the rich get richer and the poor get poorer).

And so the solution is there and all we need to do now  is to DO IT! This will end the  Kondratieff cycle forever! And usher in a new age of economic stability because we, the cells of the body, will own all the assets instead of the other way around (like the dog’s tail wagging the dog!)

I look forward to that day (in the not too distant future). So if you are a leader amonst Men then come and join the quiet solution of WPPN. 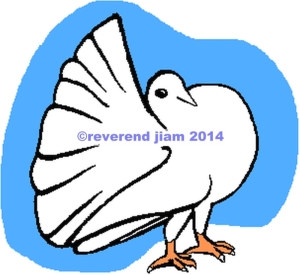