This is the ship parable part three and it is very important to read because it deals with the motors of the ship!

Now everyone knows that the motors move the ship – forward, backwards and at different angles because there are two indenpendantly variable motors. So when both are going forward there is only forward motion, when both are in reverse there is only reverse motion, but when they are varied from each other it will have a pulling effect to the left or the right (port or starboard to mariners!)

If you consider the parable so far with the ship as the body, the captain as the ego and you as the owner what part do the motors cover? The subconscious is the answer.  There are two motors. Each motor is controlled by a lever in the bridge by the captain. The main problem with communication between the bridge and the engines is that they talk different languages. The captain is English but the motors are run by Swahili engineers. So unless the communication is worked effectively there will be difficulties getting anywhere!

So how does the captain speak? In double negatives. And how do the motor engineers speak? In single positives.

An example; In the Bible there is a double negative quote about unity that says, ” a house divided against itself will never win.” The double negatives are divided and never. What does this really mean in single positives? It means, “unless there is unity we will always lose!” or more clearly. ” a house united will always win!”

Now the captain is used to speaking in, and interpreting, double negtaives so he has no trouble understanding what is being said in double negatives. But the Swahili engineers, who control the motors, cannot hear a double negative at all and simply delete one of the negatives to put it into a single negative phrase. So the command, ” I do not smoke!” is heard as, “I do  smoke!” Which is why so many people find it hard to give up smoking – because they are actually telling the engineers that the DO smoke! A house divided!

So the captain has to learn to speak to the engineers in their own language of single positives. 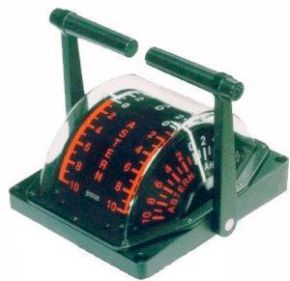 You can see that the bridge command has two independant levers – one for sound and the other for light. In our human lives our levers are sound – the spoken word (affirmations)  and light (the written goal). There are only two commands on this control box – ahead (forward) and astern (reverse) with degrees of the command from 1 to 10. This is all the captain needs to control the engines 100% safely and completely clearly so there are no mistakes.

The human mind, however is not trained to work this way having been taught on the conscious (ego) level only and allowing the subconscious to flounder its way after the ego, as best it can. No wonder so many of us are completely screwed up! We keep on yelling and screaming at our subconscious’s to do certain things (in double negatives) and keep getting the same single positive results back! (and we don’t want those results at all – e.g. “I do smoke!”)

So what we have to do at some stage is start to learn how to communicate with the engines because no engines going equals no going anywhere!

A classic mistake the ego makes is to think that by thinking the command he has communicated that command to others. Know that thoughts have no power of communication. We actually have to speak our thoughts aloud to communicate them to others!  Because we don’t have a proper system of communication set up, the subconscious has rigged a microphone on the bridge and listens to every thing you say and then interprets that to the best of it’s ability – as your command! (Commander!)

So what happens is everything you speak is transmitted out of your mouth and into your ear, where the subconscious picks it up and tries to interpret it . If it gets it wrong and you are headed into rocks on your ship at full speed it’s because you haven’t effectively communicated with your engineers!

The same goes for the light system. Everything you write, or read, is liable to be taken as a command by the light engineers. With light, the thought passes from your mind to your hand, through the pen and onto paper. It is then transmitted BY LIGHT to your eyes where it by-passes the conscious and is picked up by the subconscious to interpret! Remembr that the subconscious is not very good at interpreting commands and will often get it wrong!  A moving ship is a great thing, unless it is moving in the wrong direction at the wrong speed! Like coming into Dock at 20 knots, full speed ahead! You just know there is going to be damage!

So to recap, we are not whole, complete or united until the captain of the ship can effectively communicate exactly what he wants the engineers to do. On a ship this is all set up and the captain is trained in bridge work. But in human beings it is a real lottery, with our chances of winning somewhat less that the chance of being struck by lightening(negative circumstances)!

We are not trained in this form of communication until we find a Master and he/she shows us what to do! (e.g. motivational,spiritual, self improvement books, videos or audios!) If we fail to change, then we continue to fail – it’s as simple as that!

This part of the training is the most important part. If we keep on doing the same thing over and over and expecting different results then isn’t that simply stupidity. It must be obvious that different results require different inputs – JIJO OR QIQO – Junk In and Junk Out  or Quality In and Quality Out! The choice, as always, is ours!

And that ends the parable of the ship.

May Love, Health, Happiness, Peace, Success and Prosperity BE yours,