Step by Step Towards Peace and Prosperity

A guide for the individual

Many years ago I wrote to a local millionaire asking him if there was a millionaire training club or some such thing. Of course I got no reply, because the person I had written to was rich rather than wealthy and had no idea of what I was asking for!

So I asked God instead and He heard me and replied in an epiphany which I received in 1992. In this epiphany I was shown the steps towards wealth. The first thing I learned was that there is no direct path to wealth.

Instead the process is a two step process, firstly to Peace and then to Prosperity! To aid this path I was given an orgsnised wealth creation system called the Wholistic Peace and Prosperity Network (WPPN).

Riches are a single step process because it is simply a do and have process. But wealth is a Be, do and then have process. And our beingness must be achieved through the state of Poor because this is man’s ultimate state of happiness(spiritual, metaphysical and physical)! What is the point of having riches and being miserable? “What profiteth a man if he gains the world (riches) and loses his soul(misery)”

This why most people never become wealthy, because having achieved the state of poor by trial and error, there is very little incentive to go on from that point. Rather we have to set the goal of wealth from the very get-go! Because wealth is a higher state of spiritual beingness than Poor, Poor is the step up to wealth!

When I was Given the Wholistic Peace and Prosperity Network (synergy) I tested it in two ways – I tried to destroy it and I tried to build it. After 3 months of doing both of these things I found that I couldn’t destroy it and it was working and growing! So I took it to a friend on mine who was a bank manager and showed him. He looked at it and said, “It seems to good to be true!” So I said to him, “Well if you can take it home and destroy it, I’ll be most grateful as I don’t want to spend the rest of my life working on a falsehood!”

The next week I went back and his words stunned me, he said, “It’s perfect and I want to join!” Of course at that stage I had nothing for him to join – I had no idea that it would take me 19 years to set up an organisation he could join! Lol! For that is how long it took me to fully understand the organisation itself and for me to become truly Poor!

Today we stand with a core membership and I can see as I write these words that God’s plan for my life is progressing steadily forwards and I have already entered the Wealth stage of life spiritually , although it hasn’t manifested in the physical plane as yet! 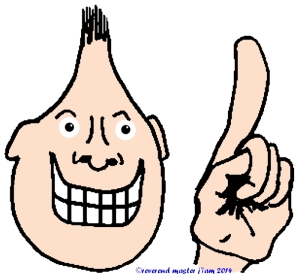